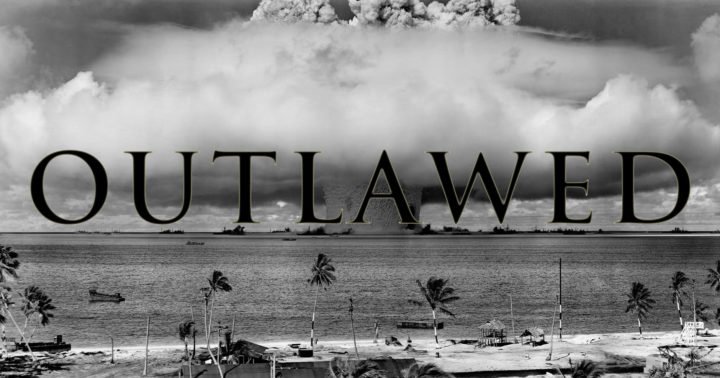 TODAY, JANUARY 22, 2021,  nuclear weapons are outlawed, an historical announcement the world has awaited for more than 75  years.

On January 22, 2021, people around the world will celebrate the day that the United Nations Treaty on the Prohibition of Nuclear Weapons (TPNW) enters into force (EIF Day), which the International Campaign to Abolish Nuclear Weapons (ICAN) describes so eloquently and historically as “the beginning of the end of nuclear weapons” All nine nuclear armed nations abstained from the treaty’s adoption. The United States along with Russia possesses 90% of existing nuclear weapons.

On October 24, 2020, the UN Treaty on the Prohibition of Nuclear Weapons reached the required 50 states parties for its entry into force, after Honduras ratified just one day after Jamaica and Nauru submitted their ratifications.  On January 22, 2021, the treaty will enter into force, cementing a categorical ban on nuclear weapons, 75 years after their first use.

This is a historic milestone for this landmark treaty. Prior to the TPNW’s adoption, nuclear weapons were the only weapons of mass destruction not banned under international law, despite their catastrophic humanitarian consequences. Now, with the treaty’s entry into force, we can call nuclear weapons what they are: prohibited weapons of mass destruction, just like chemical weapons and biological weapons.

This is just the beginning. Once the treaty is in force, all states parties will need to implement all of their positive obligations under the treaty and abide by its prohibitions. States that haven’t joined the treaty will feel its power too. We can expect, under pressure, companies – like Lockheed Martin, the U.S.’s #1 nuclear weapons contractor –  to stop producing nuclear weapons and financial institutions to stop investing in nuclear weapon producing companies.

How do we know? Because we have nearly 600 partner organizations in over 100 countries committed to advancing this treaty and the norm against nuclear weapons. People, companies, universities and governments everywhere will know this weapon has been prohibited by law and that now is the moment for them to stand on the right side of history.

PHILADELPHIA Area-Wide Announcement of the Issuance of the U.N. Nuclear Ban Treaty Entry Into Force. 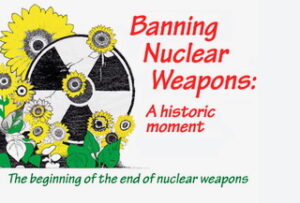