WALK FOR A NEW SPRING CANCELLED DUE TO PANDEMIC!

Dear Friends in Striving for Justice and Peace,

The 2020 Walk for a New Spring to the United Nations, scheduled to begin on March 27 has been cancelled, due to the necessity to do all we can to lessen and cease the spread of the Coronavirus.

As you may remember there was a powerful NGO Peace Conference scheduled for NYC from April 24 – 26, followed by an International March and Rally in NYC on April 26th.  The New England Peace Pagoda will keep you informed regarding this significant conference which will be held virtually. We will also try to share other vital news concerning nuclear weapons, especially the Conference scheduled in Maryville, TN for May 22- 25, entitled Stop the Nuclear Arms Race. It is so important for us all to stay connected to one another and to the international community vigorously determined to dismantle all nuclear weapons.  Let us find ways together to spread the understanding of the ever-increasing possibility of nuclear weapons being used and the ways to undo the possibility of that happening.

As you may have also seen in our original brochure, the New England Peace Pagoda is actively committing to work with the Poor Peoples Campaign.  We wish to share with you their vitally necessary and prophetic movement of poor and marginalized people, together with all allies of conscience. As Co-Founder Rev. Dr. William Barber says, there was a terrible crisis (140 million poor people in US) before the coronavirus crisis. The. Coronavirus crisis is shedding a strong and necessary light on our unjust and profoundly inhumane social fabric. Millions of low-income people, malnourished children, homeless, vulnerable, isolated elderly and ill folk…so many more, have no support or safety net to shelter in place or in other ways face this Coronavirus crisis.  We will be sending you an important Move-on petition which Poor Peoples Campaign is circulating as well as ongoing initiatives to strengthen, deepen and broaden this most vitally necessary movement.

Finally, we wish to say that we have committed to organizing and undertaking the 5th in a 5-year series of walks entitled: â€œListening to the Call of the Great Spirit: Facing 400 Years of Colonization and Walking into The Future. Several years ago a friend suggested that find ways to address the 400th anniversary of the Mayflower landing in Plymouth.  Officially many activities have been planned, but we have been trying to walk every year since 2016, up to and including this year, to begin to open our collective understanding of the very ground upon which we walk. This holy ground for every Indigenous Nation and Peoples holds the sacred memory of all Indigenous Ancestors. This Earth was the life-giving Mother whereon the First Nations lived in a sacred way with all of life.  The conquest and colonization of  New England and all of what is called the United States is a violence-filled history of which we are only dimly aware.  Yet it is the history which Indigenous people have lived and breathed for 400 years, holding inter generational trauma and unspeakable grief which most non-Native people have little awareness.  And, yet it is our interconnected history, and, along with the enslavement of peoples from Africa, makes the very foundation of this country.

A great path of Truth, reflection and genuine understanding lies before us to be tread. A profound need for acknowledgement, transformation and healing is needed.  The ground upon which we can all come together and begin to envision together the future for the good of all people and all life – the time has come to begin cultivating this ground with humility and a pure heart.

We had scheduled this year Great Spirit Walk to begin on May 25 at the Peace Pagoda.  We remain committed  to undertaking this walk, but we cannot say what the timeline will be.  We will stay in touch with you about this walk, as well as the information mentioned above.

We like to close with some words from the Founder of our Order, Most Ven. Nichidatsu Fujii, spoken in 1982, at the time of the World Peace March ending at the UN Special session on Disarmament, when one million people gathered in NYC for peace.

Nuclear weapons and armaments in general have never existed in nature: they are entirely the invention of human beings…Arms are necessary when one doubts or fears another person. This is a result of losing the mind of trust and confidence towards others…Fangs and claws (are necessary for animals survival) but not for human beings because there exists a power within us to trust and have faith in others…Human beings whose abode is this earth, did not learn to respect and trust it; instead, they tried to study it with doubt.  The sky, moon and sun were also subjected to human inquiry. Human beings came to be more interested in conquering the earth and stars…Human beings should have continued to worship instead of studying things… Peace will prevail on earth if we depend on spirituality, righteous religious teachings which give human beings the path to follow…Now is the dawn of an age when the (spiritual) civilization that takes the place of modern (material) civilization appears…a world in which no one would be killed or robbed…believe in others, believe in the world, abandon the idea of defense through violence…share the military budget with those in need here and throughout the world so that their lives can be sustained…

With palm together and bowing,
Tim Bullock, Walk Organizer and on behalf of the Monks of the New England Peace Pagoda

Support the 19th ANNUAL WALK FOR A NEW SPRING as it comes to and walks through Delaware County in support of the UN Nuclear Ban Treaty. 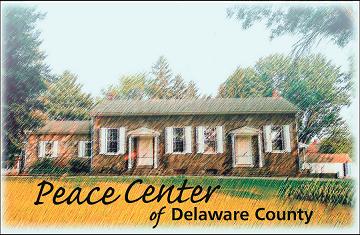 Hear about the WALK  from the walkers and the WHY of their demand to abolish ALL nuclear weapons under an international framework, the United Nations Treaty on the Prohibition of Nuclear [UN NUCLEAR BAN TREATY].

Hear more about the WHAT’S HAPPENING in New York City at the UN, April 26, and preceding conference April 24 – 26.

Join the WALK FOR A NEW SPRING  as it demands:  nuclear weapons abolition,  prevent and end wars, reverse climate, economic and social justice.  Join in building international and intersectional  movements for economic and environmental justice, and peace.

Both the decades-old Brandywine Peace Community and the Peace Center of Delaware County  has supported previous Walks for a New Spring, assisting the walks through Delaware County and Philadelphia, sharing and voicing the demands along their way

Join the Walk in Making a Way of Peace through Our Communities.  Walk the WALK  for however long you can through parts of Delaware County, into Philadelphia, and through parts of Philly and into New Jersey.

For more information, where to meet the walkers, and more, or to offer assistance as needed, call Tim Bullock, 413-485-8469.  See the Walk’s scheduled itinerary below.

The WALK FOR A NEW SPRING initiated by the New England Peace Pagoda.

Participate in the World Conference in New York City, April 24 – 26, and join the March and Rally on Sunday, April 26. http://worldconference2020.org/