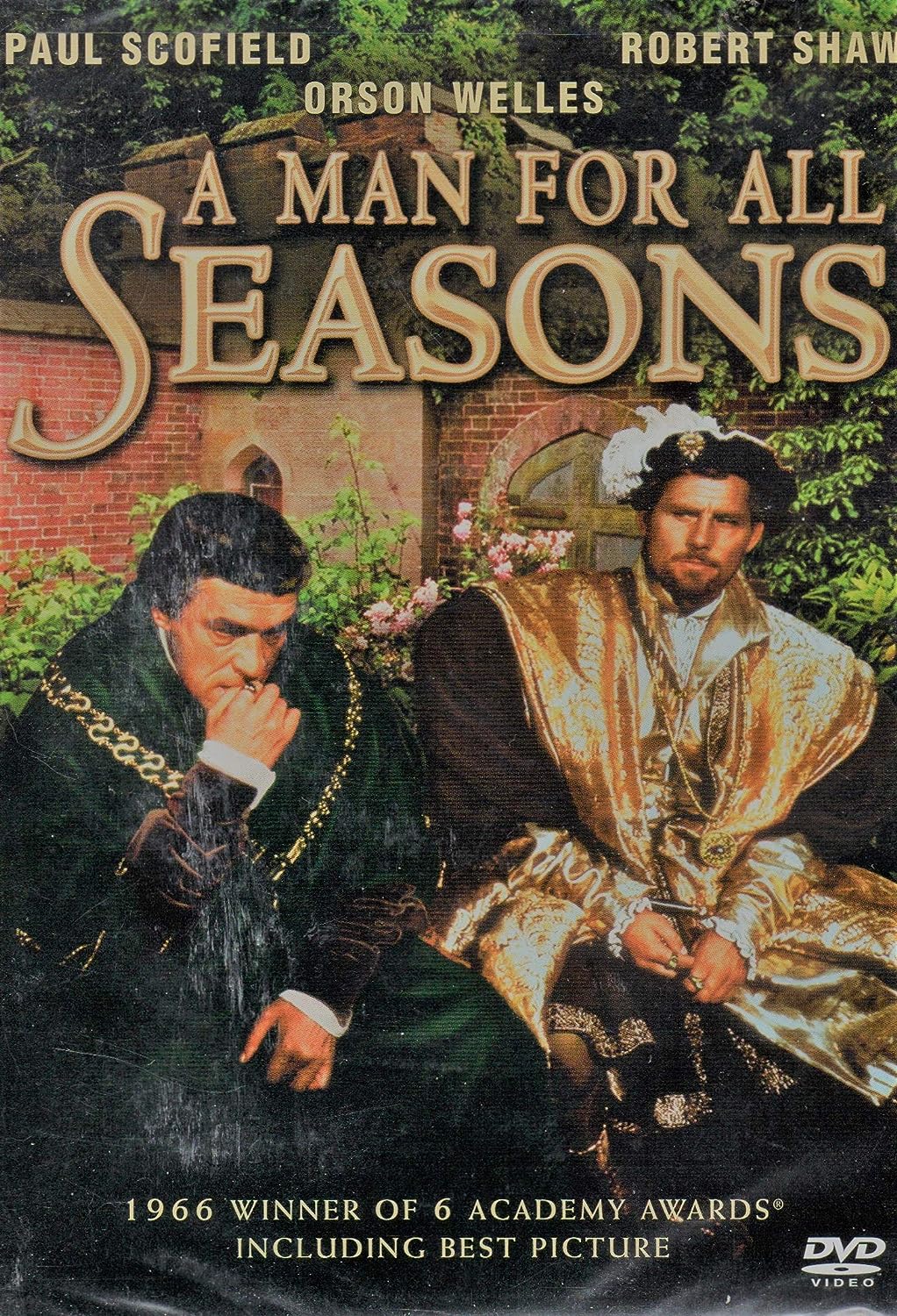 A Man for All Seasons, the 1966 classic film, is about conscience, faith, and political power, told through the story of  Sir Thomas More, chancellor to King Henry VIII.

In this centuries-old tale, the king demands More’s approval to divorce Catherine of Aragon and marry Anne Boleyn. He believes More can sway the Catholic Church to permit the divorce.

However, Thomas More (Paul Scofield) refuses to submit, which he believes would imperil his soul. His  unwillingness infuriates the King (Robert Shaw) who resorts to threats and trickery. More resists all pressure and resigns his, hoping to live out his life in peace.

The enraged king is unrelenting and presses his supreme power while More sits alone in the Tower. The dramatic ending leaves the viewer with an indelible image of integrity and a charge to live up to one’s own principles in a corrupt and fallen world.

A Man for All Seasons was a critical and box office success, winning Academy Awards for Best Picture, Best Director for Fred Zinnemann, Best Actor for Scofield, and international awards.

“…A Man For All Seasons is a film of words, discussions, arguments, and accusations. Based on Robert Bolt’s hit play of the same name, it charts More’s resigned martyrdom in the face of Henry VIII’s tyrannical power grabs for supremacy over the Catholic Church in England. At its center is Paul Scofield’s inimitable performance as More as an enlightened man of principles and integrity in an unenlightened era not known for either. Armed with the devotions of a saint—he would later be canonized in 1935 by Pope Pius XI—and the mind of a superlative statesman and lawyer, Scofield embodies a man at once cognizant of the world and mankind’s capacity for corruption and foolish enough to believe in its better graces.