Re-Claim the Message! Dr. King at Riverside Church (4/4/67) “Beyond Vietnam: Time to Break Silence” Public Reading & Broadcast in Memory of his Assassination 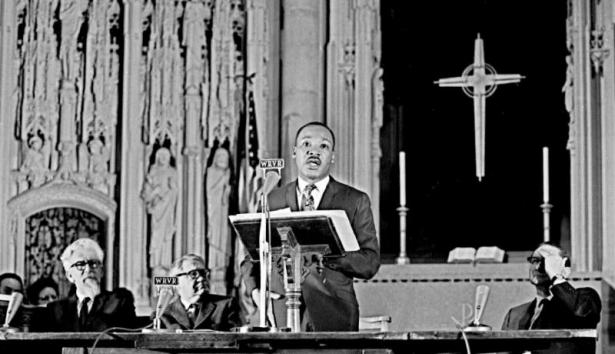 Join a lunchtime public reading and broadcast of the timely (and timeless) “BEYOND VIETNAM: A TIME TO BREAK SILENCE” speech delivered by Dr. Martin Luther King, Jr. at New York City’s Riverside Church on April 4, 1967, one year to the day before his assassination in Memphis, TN.

Listen to the prophetic and timely words that resonate over the past century to today.  Alongside banners, stand (or sit) with signs, picturing Dr. King, that say: FORGET TRUMP, LISTEN TO DR. KING; THE POWER OF LOVE SHALL OVERCOME THE POWER OF HATE & WAR.