(Virtual Zoom Gathering on The Web)

ZOOMING TO US LIVE FROM
ALKMAAR, NETHERLANDS

JIM FOREST ~ an apprentice Christian and would-be peacemaker.  Jim offers us a lifetime in the cause of peace and reconciliation, past member of the Catholic Worker in NYC; author, and  friend to Thomas Merton, Daniel Berrigan, Henri Nouwen and Dorothy Day. A conscientious objector against war, Jim worked with Daniel Berrigan, Dorothy Day and Catholic Workers mobilizing religious protest to oppose the Vietnam War. 1968,  member of the Milwaukee 14 Resistance Action Community.

ZOOMING TO US LIVE FROM  CHICAGO, ILLINOIS

THE ZOOM DOORS OPEN  AT 9:45 AM  GATHERING STARTS PROMPTLY AT 10 A.M. ATTENDANCE WILL BE MUTED UPON ENTRY.

TO ATTEND, please follow the link below to our registrar at CFPA.

At its core, war is impoverishment. War’s genesis and ultimate end is in the poverty of our hearts. If we can realize that the world’s liberation begins within those troubled hearts, then we may yet find peace…What good has ever come from the slaughter of the innocents?

During each of several recent trips to Afghanistan, Kathy Kelly, as an invited guest of the Afghan Peace Volunteers, has lived alongside ordinary Afghan people in a working class neighborhood in Kabul. She and her companions in Voices for Creative Nonviolence believe that “where you stand determines what you see.”

They are resolved not to let war sever the bonds of friendship between them and Afghan people whom they’ve grown to know through successive delegations. Kelly and her companions insist that the U.S. is not waging a “humanitarian war” in Afghanistan.

Kelly has also joined with activists in various regions of the country to protest drone warfare by holding demonstrations outside of U.S. military bases in Nevada, upstate New York, Iowa, Missouri, Michigan, and Wisconsin.

During late June and early July of 2011, Kelly was a passenger on the “Audacity to Hope” as part of the US Boat to Gaza project. She also attempted to reach Gaza by flying from Athens to Tel Aviv, as part of the Welcome to Palestine effort, but the Israeli government deported her back to Greece.

In 2009, she lived in Gaza during the final days of the Operation Cast Lead bombing; later that year, Voices formed another small delegation to visit Pakistan, aiming to learn more about the effects of U.S. drone warfare on the civilian population and to better understand consequences of U.S. foreign policy in Pakistan. She returned again to Gaza in November 2012 to meet with the survivors of Israel’s Operation Pillar of Defense and to hear their stories.

From 1996 – 2003, Voices activists formed 70 delegations that openly defied economic sanctions by bringing medicines to children and families in Iraq. Kathy and her companions lived in Baghdad throughout the 2003 “Shock and Awe” bombing.

She was sentenced to one year in federal prison for planting corn on nuclear missile silo sites (1988-89) and spent three months in prison, in 2004, for crossing the line at Fort Benning’s military training school. As a war tax refuser, she has refused payment of all forms of federal income tax since 1980.

She and her companions at the Voices home/office in Chicago believe that non-violence necessarily involves simplicity, service, sharing of resources and non-violent direct action in resistance to war and oppression.

Other Lands Have Dreams: from Baghdad to Pekin Prison (2005) by Kathy Kelly is available through Counterpunch (www.counterpunch.org) or Voices for Creative Nonviolence, 1249 West Argyle, Chicago, IL 60640 773-878-3815

“In a Time of Siege,” a Peace Productions DVD about Voices in the Wilderness, narrated by Studs Terkel, is available from the Voices for Creative Nonviolence office, 1249 West Argyle, Chicago, IL 60640 773-878-3815.

Education:
• B.A. Loyola University at Chicago 1974
• Masters in Religious Education, Chicago Theological Seminary; part of a consortium of schools which included the Jesuit School of Theology at Chicago where Kelly took courses each quarter

Publications:
Other Lands Have Dreams: from Baghdad to Pekin Prison Counterpunch Press spring 2005

Editor and contributor:
War and Peace in the Gulf Cornerstone Press April 2001 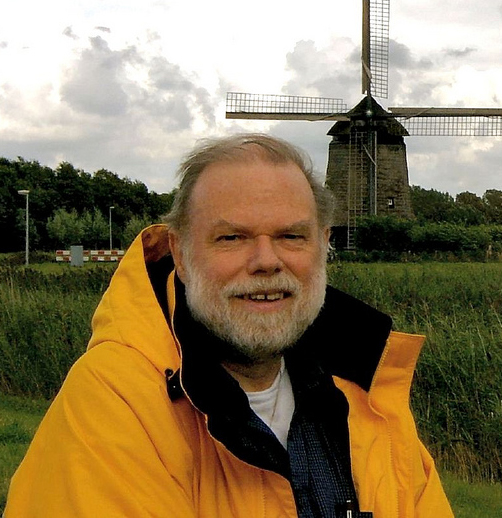 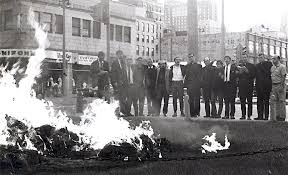 His engagement in Christianity began about the same time that he was selling newspapers. At age 12 he was baptized in an Episcopal parish in Shrewsbury, New Jersey, though it wasn’t until he was in the U.S. Navy that he began to see his vocation in religious terms.

In 1960, while working at the U.S. Weather Bureau headquarters near Washington as part of a Navy meteorological unit, he joined the Catholic Church.

In 1961, after obtaining an early discharge from the Navy on grounds of conscientious objection, he joined the Catholic Worker community, led by Dorothy Day, in New York City; during that period he became managing editor of The Catholic Worker.

Later he was a reporter a New York City daily newspaper, The Staten Island Advance, and worked for Religious News Service, a press bureau.

In the late sixties, Jim was responsible for Vietnam program activities of the Fellowship of Reconciliation. One aspect of his work was to travel with and assist Thich Nhat Hanh, the Vietnamese Buddhist monk and poet.

In 1969-70, Jim was imprisoned for thirteen months as a consequence of his involvement in the “Milwaukee Fourteen,” (photo above) a group of Catholic priests and lay people who burned draft records. After leaving prison, he was a member of the Emmaus Community in East Harlem, New York.

Starting in 1973, he was appointed editor of Fellowship, the magazine of the Fellowship of Reconciliation.

In 1977, he moved to Holland to head the staff of the International Fellowship of Reconciliation. He was IFOR’s General Secretary for twelve years.

In connection with work on two books about Russian religious life, in the 1980s Jim traveled widely throughout the former Soviet Union and was a witness to the final days of the USSR. His experiences in Russia were a factor in his becoming, in 1988, an Orthodox Christian. Jim is now international secretary of the Orthodox Peace Fellowship and edits its quarterly publication, In Communion.

Jim is the author of many books, including The Road to Emmaus: Pilgrimage as a Way of Life, Praying with Icons, The Ladder of the Beatitudes,Confession: Doorway to Forgiveness. He has written two biographies that remain in print: Living With Wisdom: a biography of Thomas Merton; and Love is the Measure: a biography of Dorothy Day.

Earlier books include Religion in the New Russia, Pilgrim to the Russian Church, and Making Friends of Enemies. He has written several children’s books, most recently a true story about a community of rescuers in Nazi-occupied Paris: Silent as a Stone: Mother Maria of Paris and the Trash Can Rescue. With Tom Cornell and Robert Ellsberg, he co-edited A Penny a Copy: Readings from The Catholic Worker. Translations of his books have been published in Dutch, Italian, Spanish, Russian, Swedish, Danish, Polish, Korean, Japanese, and Romanian.

An occasional teacher, in the early seventies, Jim taught at New York Theological Seminary and the College of New Rochelle. In 1985, during a sabbatical, he taught at the Ecumenical Institute, Tantur, near Jerusalem, and in 1999 was part of the summer faculty of the Department of Religion at the University of Dayton.

Jim has led retreats in the USA and England and has lectured at hundreds of parishes, theological schools, colleges and universities.

An influential factor in Jim’s life was his friendship with Thomas Merton, who dedicated Faith and Violence to Jim. Merton’s letters to Jim have been published in The Hidden Ground of Love.

In 1989, he received the Peacemaker Award from Notre Dame University’s Institute for International Peace Studies. He is also the recipient of the St. Marcellus Award presented annually by the Catholic Peace Fellowship.

After several years of being treated by kidney illness, in October 2007 Jim received a transplanted kidney donated by his wife, Nancy.

He is the father of six children and grandfather of five.

Since 1977 his home has been in Alkmaar, Holland, a city northwest of Amsterdam.