Report back, see below program from Jan. 18, 2021, Lockheed Martin, King of Prussia, PA

These are the darkest days most of us will ever face. For a few days, the news may seem better: not as many deaths, a flattening of the Coved-19 curve here and there. Then we wake up to more bad news, and so forth. Every slight pause in the darkness is a reminder that we don’t deserve this.

In two days, there will a U.S. presidential transition, by which we are reminded that life must be more than this darkness, that people deserve better, and not under armed guard along with threats of insurrectionist violence plaguing the nation.

As though to remind us how glib and without thought our language has descended, the media refers to homegrown terrorism and racist killers in terms of “armed protest.” Armed protest? The two words just don’t go together.

ALL: Today, we’re here at Lockheed Martin, world’s #1 war profiteer and nuclear weapons contractor, remembering Rev. Dr. Martin Luther King, Jr. and his lesson of nonviolent protest and what it meant for building dignity and justice, in the persistent face of the vicious Big Lie of racism and hate. We’ve come to see that the continuing horror of White Supremacy lies in acceptance of war and the threat posed by nuclear weapons. We echo Dr.King’s words on April 4, 1967, one year to the day before his assassination, when he described the “evil triplets” of U.S. society: “Racism, Greed, and Militarism.”

READER: Dr. King continues to represent an ongoing martyred lesson in true justice and peace. The Brandywine Peace Community has over the past 45 plus years sought to share in that lesson, here at Lockheed Martin and elsewhere, during times of “endless war” against the backdrop of world-ending threats of nuclear weapons

READER: We remember that for justice, human decency, and truth, Dr. King died rather than to give in to racism, war, and the violence he faced

“…I refuse to accept the idea that we are mere flotsom and jetsom in the river of life, unable to influence the unfolding events which surround us.
I refuse to accept the view that humankind is so tragically bound to the starless midnight of racism and war that the bright daybreak of peace and humanity can never become a reality.
“…I refuse to accept the cynical notion that nation after nation must spiral down a militaristic stairway into the hell of thermonuclear destruction.
I believe that unarmed truth and unconditional love will have the final word in reality…
“…I believe that even amid today’s mortar bursts and whining bullets, there is still hope for a brighter tomorrow.
I believe that wounded justice, lying prostrate on the blood-flowing streets of our nations, can be lifted from this dust of shame to reign supreme among our children…”
“…I have the audacity to believe that peoples everywhere can have three meals a day for their bodies, education and culture for their minds, and dignity, equality and freedom for their spirits.
“…I believe that what self-centered people have torn down, other-centered people can build up.
“…I still believe that one day humankind will bow before the altars of God and be crowned triumphant over war and bloodshed, and nonviolent redemptive good will proclaim the rule of the land.”

Reader: While we say NO! to Lockheed Martin, the world’s #1 war profiteer and nuclear weapons contractor, we celebrate the United Nation’s Treaty on the Prohibition of Nuclear Weapons [the UN Nuclear Ban Treaty], its international adherents and ratifiers, while pushing against nuclear armed nations and corporate interests profiting from building nuclear weapons.

All: We echo the words of the United Nations in its Nuclear Ban Treaty, which enters into force January 22 and declares as international law: NUCLEAR WEAPONS ARE ILLEGAL.

NOTICE OF UN TREATY PROHIBITION
King of Prussia, PA, Rev. Dr. Martin Luther King, Jr. Day, January 18, 2021, this complex of the Lockheed Martin Corporation, as well as related Lockheed Martin facilities across the United States are involved in contracting to the U.S. government, the U.S. military, and the U.S. Department of Energy to develop and build nuclear weapons and related delivery systems which are PROHIBITED by the 2017 United Nations Treaty on the Prohibition of Nuclear Weapons.

Please read fully, especially the MANDATORY FOR PARTICIPANTS below.

On Martin Luther Day, Jan. 18, Noon, at the Brandywine Peace Community’s annual Time of Nonviolent Action at Lockheed Martin honoring Dr. King, people will bring the Treaty’s weight of international law to the U.S.’s largest nuclear weapons contractor in a public on-site act at the corporation’s complex in King of Prussia, PA, 230 Mall Boulevard, (located directly behind the King of Prussia Mall) three days before the treaty’s ENTRY INTO FORCE.

People and groups across the country will participate in nuclear weapons abolition actions celebrating and uplifting the UN Treaty on the Prohibition of Nuclear Weapons [U.N. Nuclear Ban Treaty] Entry Into Force on January 22, 2021, declaring across the country with banners and signs, displays declaring, and with people around the world  NUCLEAR WEAPONS ARE ILLEGAL.

For nationally-coordinated demonstrations and events around the country see, http://www.nukeresister.org/2020/11/08/invitation-to-get-involved-nuclear-ban-treaty-entry-into-force-action-day-january-22/

SEE JANUARY 22 PAGE FOR DEMONSTRATION at the Phila. Federal Courthouse, 601 Market Street, for the Noontime Area-wide Announcement of the Issuance of the U.N. Nuclear Ban Treaty Entry Into Force. Related likely announcements forthcoming. 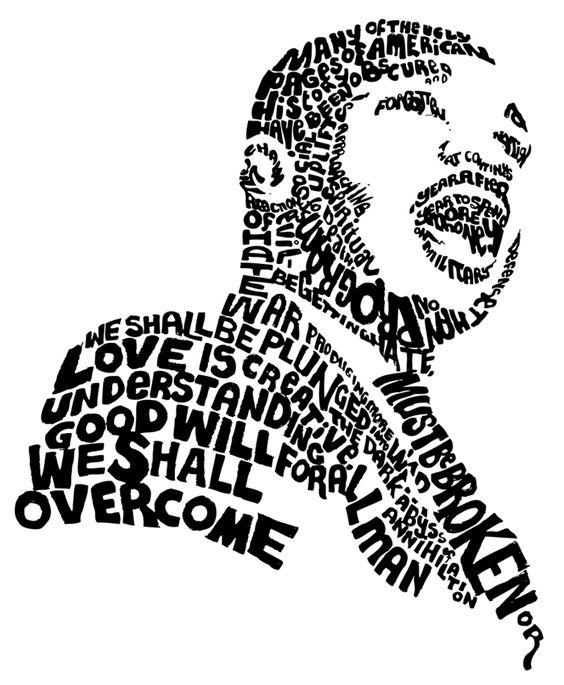 Since the birth of the Brandywine Peace Community in 1977, in the aftermath of the U.S. carnage in Vietnam, we continue to hold tight to these of words of Dr. King as we celebrate his birth on January 15, 1929.  We’ve stood at Lockheed Martin, the world’s largest war profiteer and the U.S. chief nuclear weapons contractor for decades in a commitment to peace, to justice, to nonviolence, and the abolition of nuclear weapons.  We do so again on this annual Martin Luther King Day observance, January 18, 2020 celebrating, upholding and uplifting the United Nations Nuclear Ban Treaty Entry Into Force

Support the UN Treaty on the Prohibition of Nuclear Weapons.

Declare at Lockheed Martin, the world’s largest war profiteer and the U.S.’s #1 nuclear weapons contractor that NUCLEAR WEAPONS ARE ILLEGAL 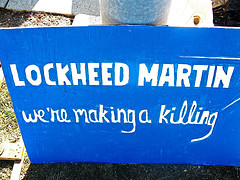 We reach-out to people, near and far, to honor Dr. King in acts and works of  justice, love, and protest of injustice, cruelty, and war.

We are here at  Lockheed Martin  to celebrate Dr. King by upholding the UN Nuclear Ban Treaty as it enters into force.

At Lockheed Martin, we listen to Dr. King anew, remembering what he described as the intertwining ‘evil triplets of American society: Racism, Materialism, and Militarism’.

We toll a bell of peace for justice, nonviolence and love, declaring the NUCLEAR WEAPONS ARE ILLEGAL.

We bang drums in celebration of  Dr. King, his life and his  message of hope  in the face of racism, greed, militarism, and the unimaginable threat of nuclear war .